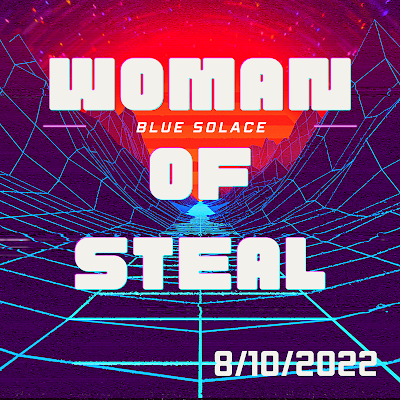 PEEPS! I've decided to start dabbling in music once more. I'm not particularly good, but I can compose a little on a computer. I've decided to start an album project that is a soundtrack (w/out the film) which tells a story through the tracks of the album. It has an 80s scifi/fantasy vibe. Lots of synth. For now, I'm kinda using it as a creative thing to do when I have time and need a refresher between schoolwork and such. I have two tracks composed for now.
The plot I'm working with goes like this:

🌈 Story revolves around a mystical and powerful woman from the distant planet of Lesbos named Olivia – the Woman of Steal. Her mother is the Queen, Her Highness of Lesbos. Her Highness sends Olivia after the Marauders who have stolen the precious Destiny Stone from which all of Lesbos gains their power. Without the Destiny Stone Lesbos will slowly die. This all takes place in the distant future world of 2022.

I've created a track list that tells a story and I'm kinda just knocking them off like a to-do list. I've made two thus far. You can listen to them embedded below. Be sure to hop in the comments and let me know what you think.
blue solace · Woman of Steal
woman of steal